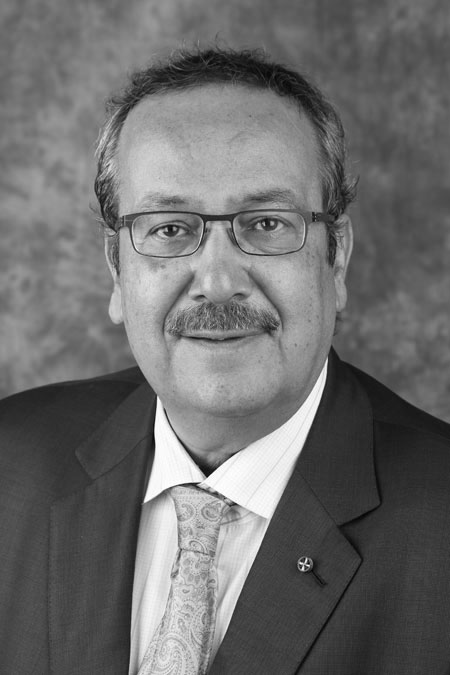 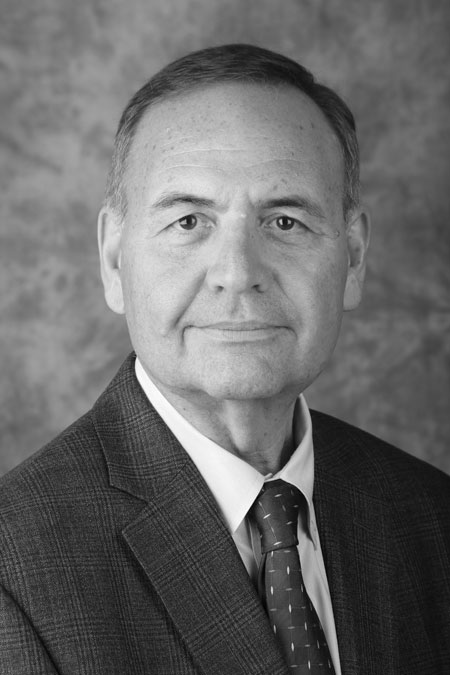 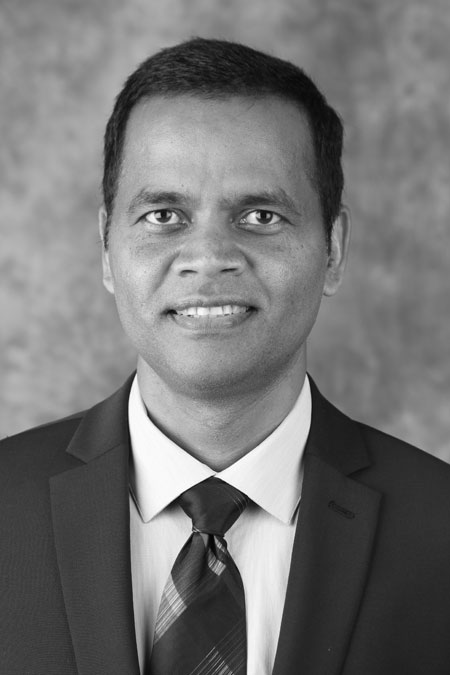 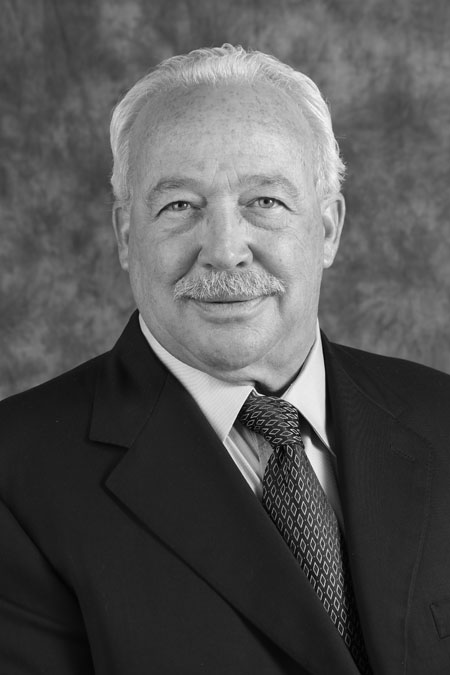 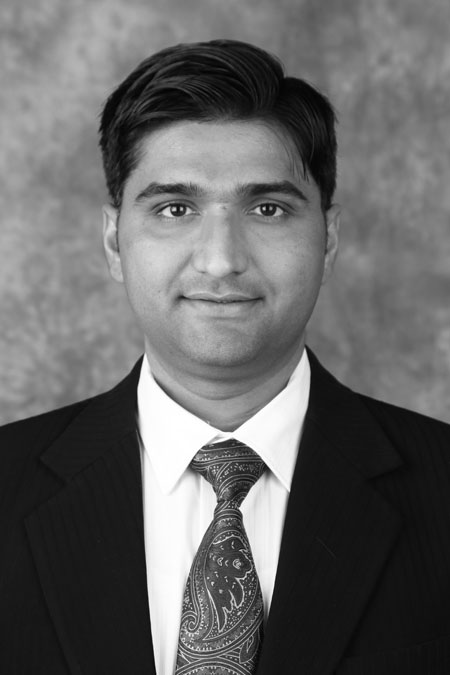 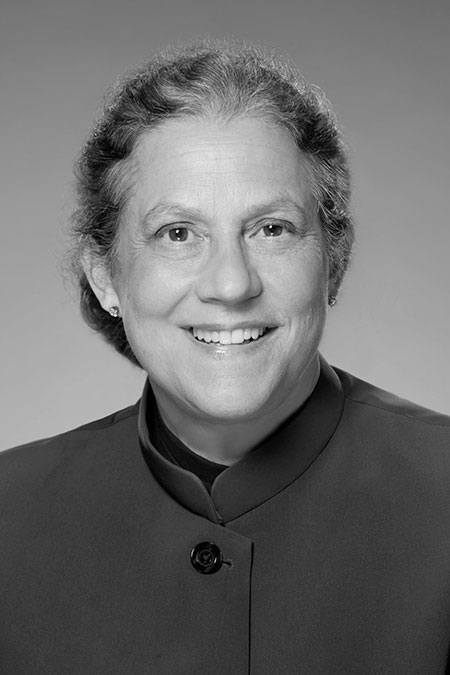 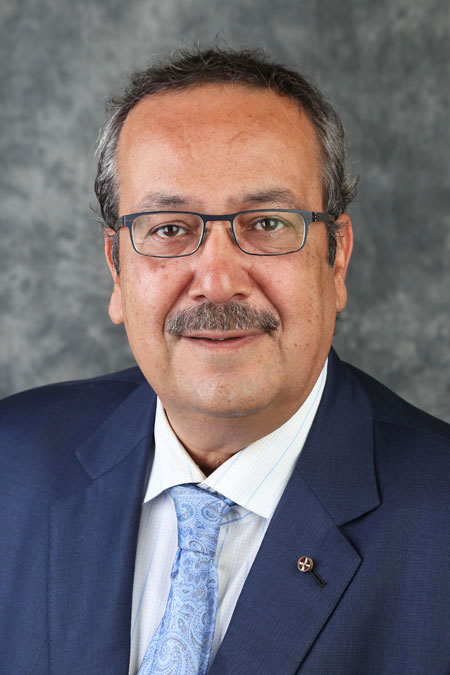 Dr. Spiro Spireas is the Chairman of the Board and Chief Executive Officer of Sigmapharm Laboratories, which he founded on March 1, 2005.

His leadership, strategic vision, extensive academic and industrial background, technical experience, scientific knowledge and regulatory expertise, along with his innovative and problem-solving skills, are invaluable company assets.  Spiro is the inventor and author of more than 130 international and domestic patents and patent-publications, and 200 scientific papers, books, and other publications and presentations in the fields of pharmaceutics, pharmaceutical technology, pharmacokinetics and analytical chemistry.  He is the company’s chief formulator leading its Unique Product Selection process and closely advising and supervising its formulation scientists.  Spiro is also the inventor of several newly developed proprietary drug delivery systems currently used by the company that are either patented or actually remaining trade secrets by design.  On May 14, 2019, Dr. Spireas received an honorary Doctor of Science (D.Sc.) degree from Long Island University, Brooklyn, New York.  Dr. Spireas also holds a Ph.D. degree in Pharmaceutics and an M.S. degree in Industrial Pharmacy, both from St. John's University, Jamaica, New York, and a B.S. degree in Pharmacy from the Hellenic National University, Athens, Greece.  Prior to forming Sigmapharm Laboratories, Spiro served as the Vice President of Research and Development for URL Pharma, Inc. (formerly URL/Mutual), Philadelphia, PA, where he developed various unique generic products including Felodipine extended release (ER) tablets, which remained for more than four years the only marketed generic equivalent to Astra-Zeneca's Plendil® ER tablets.  Prior to joining the industry, Dr. Spireas served as a Professor of Pharmacy at the Arnold & Marie Schwartz College of Pharmacy of Long Island University, Brooklyn, New York, where he received his tenure as an Associate Professor, taught several graduate and undergraduate courses, consulted for the pharmaceutical and nutritional industries and conducted extensive research producing more than 20 Ph.D. and M.S. thesis dissertations. 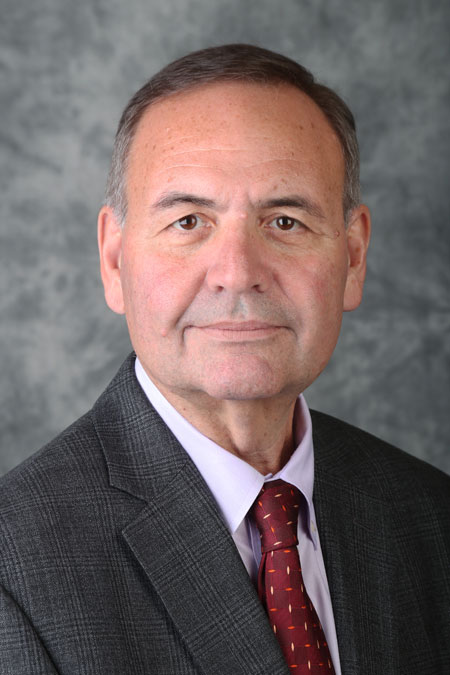 Dr. Basil Theofanopoulos is the Senior Vice President of the Research and Development Division of Sigmapharm Laboratories, where he is in charge of the company’s pharmaceutical sciences, product development, technical services and regulatory functions.

His more than 20 years of experience in the pharmaceutical industry in several leadership and management positions and his extensive scientific, regulatory, business development and technical expertise in the fields of pharmacology, pharmaceutics and pharmacokinetics, are invaluable company assets.  As the head of Research & Development, he oversees the division’s Pharmaceutics, Product Development, Technical Services and Regulatory Affairs departments, and he also participates in Sigmapharm's Unique Product Selection process.  Basil has been an old academic collaborator of Dr. Spireas during and after their tenure as graduate students and doctoral candidates at St. John’s University, when they worked together and published several scientific articles and abstracts in the fields of pharmaceutical and analytical development.  Prior to joining Sigmapharm in 2014, Dr. Theofanopoulos was the Managing Director of Gerolymatos, Inc., where he established and managed that company’s U.S. pharmaceutical activities, while previously also holding positions in that company as Scientific Advisor and Director of Pharmaceutical Business Development.  Basil holds a Ph.D. degree in Pharmacology and a B.S. degree in Pharmacy, both from St. John’s University, Jamaica, New York. 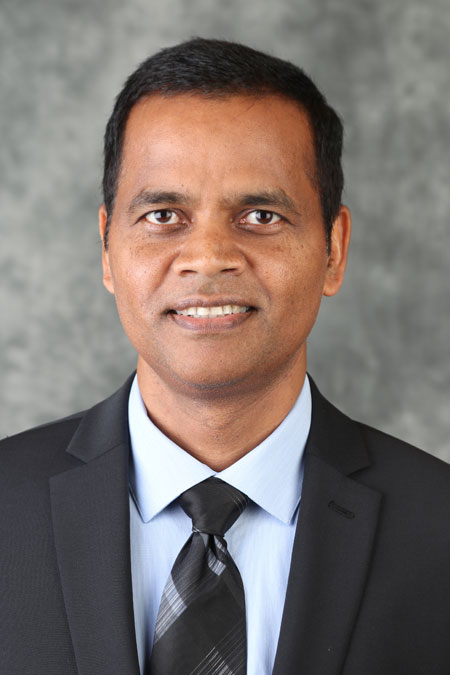 Mr. Lokanath Lenka is the Senior Vice President of the Analytical Chemistry Division of Sigmapharm Laboratories, where he is in charge of the company’s analytical development and testing, physicochemical evaluation, and quality control functions.

His more than 20 years of experience in analytical chemistry, business development, technology transfer and laboratory management, along with his extensive scientific, regulatory, compliance and technical expertise, are invaluable company assets.  As the head of Analytical Chemistry, he oversees the division’s Analytical Development, Documentation Support and Quality Control departments, and he also participates in Sigmapharm's Unique Product Selection process.  Since 2014, he constantly collaborates with Dr. Spireas in certain scientific, analytical, manufacturing and regulatory organizational matters to reform and refine several company structures and systems.  Prior to joining  Sigmapharm in 2008 as the Director of Analytical Chemistry, Mr. Lenka served for 8 years at the Perrigo Company in positions of increasing responsibility, most recently holding the position of Supervisor of Analytical Research and Development at that company.  He also worked for 2 years at each Caraco Pharmaceutical Laboratories and Ranbaxy, Inc.  Mr. Lenka holds an M.Tech. degree in Analytical Chemistry from the Indian Institute of Technology (IIT), New Delhi, India.  He also holds M.S. and B.S. degrees in Chemistry. 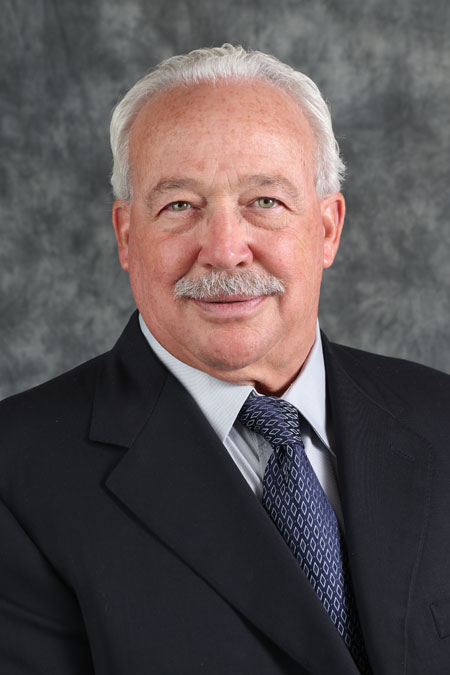 McKee Moore is the Senior Vice President of the Sales & Marketing Department of Sigmapharm Laboratories, where he is in charge of the company’s product sale strategies, contract negotiations and customer relations functions. 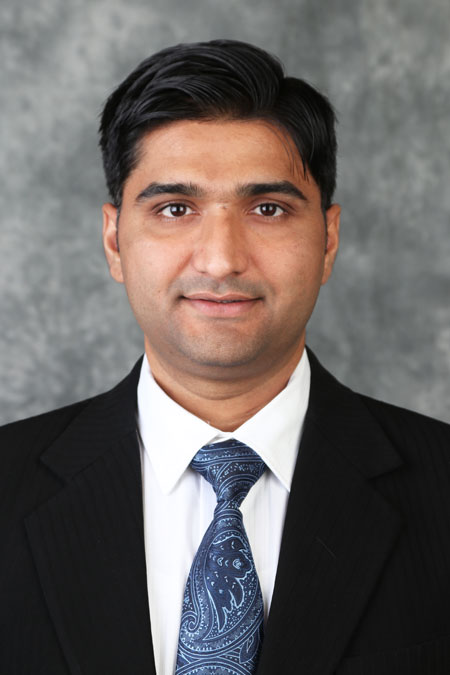 Mr. Prakash Patel is the Senior Vice President of the Quality Operations Division of Sigmapharm Laboratories, where he is in charge of the company’s commercial manufacturing, quality assurance and compliance functions.

His expertise and pivotal role in vertically integrating and efficiently managing the company’s day-to-day commercial operations are invaluable company assets.  As the head of Quality Operations, he oversees the division’s Operations, Quality Assurance and Compliance & Auditing departments.  Mr. Patel has participated in, and managed, several successful FDA inspections of the company and other key projects involving the construction, procurement, qualification and implementation of modern quality systems, manufacturing suites and equipment.  Prakash is an example of the company’s recognition and promotion of its own in-house-grown talent.  He joined Sigmapharm in 2011 as an Associate of our Quality Assurance department and, after distinguishing himself in several projects, he became the head of that department in 2014.  Since mid-2018, he is in charge of a whole company-division encompassing three departments.  Mr. Patel holds an M.S. degree in Pharmaceutical Manufacturing Engineering from the Stevens Institute of Technology, Hoboken, New Jersey, and a B.S. degree in Pharmacy from the Rajiv Gandhi University of Health Sciences, Bengaluru, India. 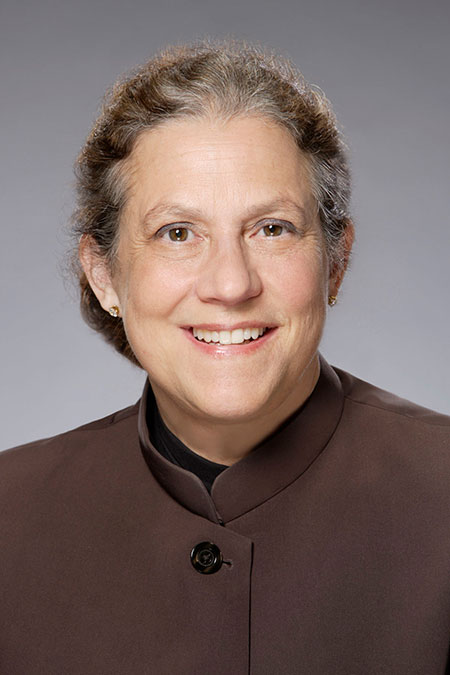 Ms. Mary E. Kohart is the General Counsel and Vice President of the Legal Affairs Division of Sigmapharm Laboratories, where she is in charge of all legal matters of the company, including but not limited to Paragraph-IV patent challenges and commercial litigation, contractual matters and strategic negotiations.

Her extensive experience and expertise in complex transactional and litigation matters, strategic approach and problem-solving skills, along with her past long collaboration with Dr. Spireas, are invaluable company assets.  Mary has been serving as outside legal counsel for Dr. Spireas and Sigmapharm Laboratories since 2011 during the company’s evolution from a start-up to a full-fledged, vertically integrated specialty pharmaceutical company.  Prior to joining Sigmapharm in 2020, Ms. Kohart practiced law for over thirty-five years and obtained extensive litigation experience in cases involving the pharmaceutical industry.  Before becoming employed by the company, Mary spent most of her career as a partner at the national firm now known as Faegre-Drinker-Biddle and, later, at Elliott-Greenleaf, a regional litigation law firm, where she developed expertise in litigation matters arising in the pharmaceutical industry which frequently involved issues relating to the significance of FDA approved labels and thorny issues regarding causation.  While she now devotes herself full time to her position at Sigmapharm, she has always remained active in charitable organizations where her legal skills can prove helpful.  Currently, she is the Chancellor of the Episcopal Diocese of Pennsylvania, and during the years before she joined Sigmapharm, she served as the Chairperson of Philadelphia’s Committee of Seventy, was on the Boards of the Philadelphia Chapter of the ACLU and of the Women’s Way, and a member of the ACLU legal committee.  She spent several years teaching undergraduate students at Temple University in Philadelphia and thereafter teaching a class on the legal aspects of entrepreneurial business at the University of Pennsylvania’s Wharton School for three years.  Mary is a 1982 graduate of the Syracuse University College of Law and after her law school graduation, she clerked for two years for a federal district court judge. 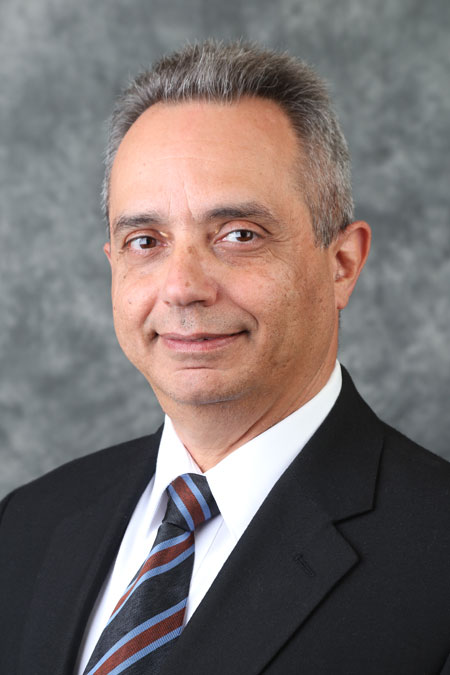 Mr. Nikolaos (Nick) Spiliotis is the Vice President of the Logistics & Facilities Division of Sigmapharm Laboratories, where he is in charge of the company’s supply chain management, forecasting, planning, inventory, warehousing, information technology, engineering and construction functions.

His 30 years of experience in supply chain management, organizational skills and operational expertise are invaluable company assets.  As the head of Logistics & Facilities, he oversees the division’s Logistics, Inventory & Warehousing, Information Technology and Engineering & Construction departments.  Mr. Spiliotis is an example of the company’s recognition and promotion of its own in-house-grown talent.  Nick joined Sigmapharm in 2013 as a Group Leader of the company's Logistics department and, after distinguishing himself in several projects, he became the head of that department in 2015.  Since mid-2018, he is in charge of a whole company-division encompassing four departments.   Before joining Sigmapharm, Mr. Spiliotis served in the Hellenic Navy as a finance and supply officer and retired with the rank of Captain.  Nick holds an M.S. degree in Management and Logistics from the Florida Institute of Technology (FIT), Fort Lee, Virginia.